By Unknown
/ in Bhatkanti Unlimited bikeride English Saswad Veer Dam
No comments
Last weekend, though I had my new tripod and nifty fifty in my hands, I was susceptible about any photo shoots or trips or meets will be happening over the weekend, because I had a wedding reception in a close relation and had to attend it. Also I had handed over my bag camera bag to Dhruva for his Canon 40D V/s Nikon D90 dilemma resolution. But things worked in such a manner that I dropped my those travel plans and suddenly became a footloose for 2 days.

Saturday morning after waving hand to sis called up Deep and checked for any meet/shoot plans. Checked his new gear bag and there we finalized a Veer Dam plans for the Saturday evening with Ashwin. I was planning to go Veer Dam just to enjoy the bike ride and my weekly dose of BHATKANTI. Called up Chaitanya and Dhruva and checked their availability for the evening. They too agreed and joined for the evening ride. And along with that Dhruva handed my camera gear to me for the evening.

As we left from Hadapsar late, it was a race against time to catchup with the sunset time at Veer dam. Deep would have killed us if we would have skipped the Saswad Vadapaav. Finally he agreed to get the parcels along and we rammed the bikes against the lonely roads. It looked like it had rained there earlier in a day. So overall conditions were ideal for rides with the pleasant winds. The Saswad-Veer road has always been full of different birds in the season and Chaitanya spotted a peafowl while he was trying to maintain his bu@#$ on a pillion seat. 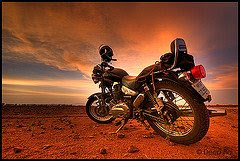 When we reached at the Dam basin, it presented us a opportunity to witness a majestic sunset with the royal clouds streaks. While returning idea of Hotel Kaveri's mutton bhakri struck my mind and Chaitanya and Dhruva supported that. But after the hidden warnings from the home ministry HQ, Dhruva backed off and headed straight to his home without looking back and we literally stuffed our tummies at Kaveri to the fullest capacity.

Next morning's meet at Law College Road Barista went with lot of discussions regarding camera, lenses, gear and P@P group. Afternoon was a boredom for me as monsoon hasn't arrived yet and I cannot venture out for the treks and BHATKANTIs. So just casual playing around with latest tripod and nifty fifty (Canon EF 50mm f/1.8 II) yielded some good results with the deo-cans. 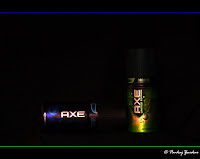 When the day touched the evening and sun rays makes an angle with the earth, my mind starts to get more inclined towards the bike ride. After all futile attempts to call landscape gurus I finally made plans of Pirangut with Bakya for sunset. And then weekend ended after a good chit-chat session at Chandani chowk. 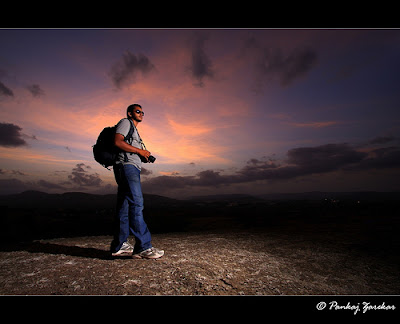 To my surprise bike tripmeter was showing 304km since the Friday night when I reset it after fueling it. Hmmm... Not bad, I guess.